Consider these tactics and efforts the Moby Dick, Wuthering Heights, and Alice in Wonderland of sharing budget information.  Except no one makes you read (or watch) these in high school.

Earlier this week I covered an overview of the first phase of citizen engagement.  For my examples of information sharing I tried to highlight some ways that local governments are doing this that you may not have seen before.  However, I wanted to make sure to also cover the classics, for those who are interested.  Consider this a bonus post!

There are three common methods of information sharing employed by many local governments.  The first is simply making budget information available online, at your government offices, or at places like local public libraries.  This is a basic and, in North Carolina, a mandated way to share information and ensure basic transparency.  It also requires a commitment of very limited time and resources, which makes it attractive to many local governments.  The main shortcoming of this method is that the information will likely be too complicated and overwhelming for your average citizen to gain a great deal from it.  For example, citizens may not understand their local government’s revenue streams, debt constraints, levels of mandatory spending, specific program functions, or budget terminology.  Additionally, this approach only reaches citizens are proactive in attaining that information. 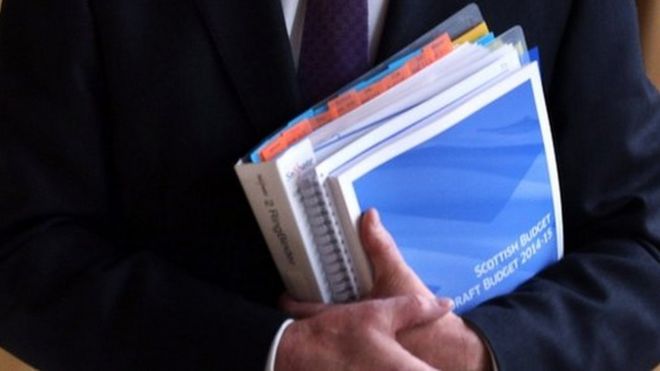 Another often used method is the creation and dissemination of budget factsheets.  A major advantage to factsheets is that they allow local governments to communicate complicated budget information in an easy to understand manner.  The primary disadvantage is that creating a brief factsheet from a lengthy budget requires significant practitioner time and it is difficult to synthesize all the necessary information and context. Practitioners tend to find it difficult, if not impossible, to provide a full picture of the budget in a single factsheet causing fears that this method may actually misinform or mislead citizens.  Additionally, it can difficult to create a factsheet that is purely neutral and does not advance arguments by highlighting certain areas of spending or choosing not to.  Practitioners should be aware of factsheet elements that may make an argument, however subtle. The use of terms such as “myth”, “truth”, and “reality” are examples of elements that subtly imply a position or advocacy.  Local governments that use budget factsheets should take the necessary due diligence to ensuring that they are producing neutral and informational factsheets.

Informational videos are emerging as another standard means for information sharing.  In today’s digital age, conveying budget information in a video is an easy and appealing approach.  Creating informational videos is a time and cost effective process producing a highly informational product.  Many municipal governments in North Carolina have public access channels dedicated to government programming.  These channels would be a good avenue for to educate the public about budget information.  Public access television still struggles with the constraint that only proactive citizens watch these channels.  This requires local practitioners to be creative in developing multiple mediums in which to disseminate these videos.  Local governments with tech savvy and creative practitioners (or college interns) may be successful in creating engaging videos and using different social mediums (consider Youtube, Facebook, and Twitter among others) to reach a broader audience.  When creating video content, make sure that the public response will be positive and not feeling that the government wasted resources on a overly complicated video.  Many local governments have been criticized by citizens for creating over ambitious videos that take resources away from other government services.

The same basic set of advantages and concerns discussed in the previous blog are here too.  So be thoughtful about when and how to use these and what other resources can be made available to reach more citizens.  Next month I will be blogging about how to reach a captive audience and share information with them!