Citizen Engagement in the Budgeting Process

There has been a lot of interest in how to tighten up the relationships between citizens and their local governments.  At the local level there is a lot more opportunity to work with and get feedback from citizens. This is accomplished by many communities and in various ways.  I believe, and I know this will be shocking, that the budget is the single best place to engage citizens.  The budget is the encyclopedia of government.  The budget reflects what government does and reflects priorities based on spending decisions, as well as changes in the community as reflected in changes in the budget from year to year. ***I love this quote from a VP debate in 2012. 1) It is true. 2) It is hilarious because we are living in a time of continuing resolutions rather than budgets at the federal level, so I guess we prioritize not making hard decisions and not working together.***

I also believe that some of you are groaning because citizens can make the process more difficult and complicated, the concern for the squeaky wheel gets the grease comes to mind, and that the citizen input we get may not be well informed, representative, or even reasonable.  I get all that, but still… there are ways we can engage with citizens in a meaningful way.

In North Carolina, for example, not only will we post our budgets online we also are legally required to have a budget hearing.  Of course, the budget is often adopted immediately (or shortly) after that hearing.  This suggests that the citizen input may not have shaped the budget too much. While this sounds like I am coming after you all I want to be clear, your concerns are fair and often the reality.  It is true that at town halls and budget hearings we may get primarily the citizens that are upset about one thing like a pothole or property taxes and they may not understand the scope of government and may not be well informed—and almost always they are mostly concerned with things that directly affect them and may not be thinking of the entire community.  Does that mean we abandon the the notion of citizen input?  Are there ways beyond the typical budget hearing and town hall that we can engage with citizens that may lead to better results?

Well let’s back up and get on the same page.  What even is citizen engagement?  I think a reasonable way to think about it is to say that citizens and communities are engaged when there are a series of connections between citizens and their governments on policies, programs, and service issues and decisions.  These connections can be in the form of information sharing, consultation, and in some cases active roles in decision-making.  Of course, it also depends who you ask.  There is evidence that on one end of the spectrum elected officials consider their election and lack of complaining as a sign engagement and satisfaction in contrast to the other end of the spectrum to citizens who view engagement to be a two-way communication where they can be involved in the process.  Right in the middle are practitioners who often see educating citizens about government so that they can be community advocates and help explain to their fellow citizens the tough choices government has to make.

All of these are reasonable definitions and reflect that citizen engagement can mean many different things.  I am going to tackle citizen engagement and present it from a framework of three different phases: information, consultation, and active participation.  I will give examples of all of these from here in North Carolina and around the country in some cases.

However, before we get into the fun stuff (or at least the meat of the issue) I want to offer some words of wisdom about citizen engagement.

First, you need to be thoughtful about your community and the diversity in your community.  Most governments that are interested in citizen engagement will implement multiple strategies because not all citizens are the same.  So for example, if you are doing town halls you need to think about transportation issues.  Do you the majority of your residents have a way to attend the meeting?  How about the timing of the meeting, are you excluding a large population because they have family responsibilities or second jobs perhaps?

Oh, so maybe an internet or phone survey is a better way to go! Well… do you live in a community with a large non-English speaking population?  If you are thinking about a survey, you will need to copies available in other languages.  What population of people has landlines these days?  Not the younger population for sure, so that will skew your results.  On the flipside, what about the people without computers at home or who are uncomfortable with the technology? 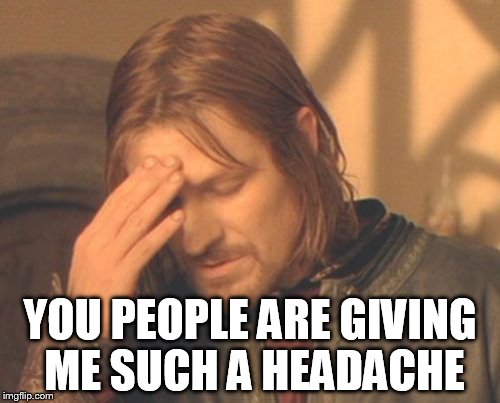 This is why it is advisable to have multiple outlets for engagement and feedback.  Also, try and be aware if you are not hearing from certain parts of your community.  One strategy could be to reach out to community leaders and ask them how to better reach them or see if there is a meeting or function, you could attend to better integrate those populations.  Sounds like a lot of work doesn’t it… it can be.

This is why you want to make sure that you are being thoughtful about where and how you engage.  You NEVER want to get feedback from citizens that you do not plan on using.  It is a waste of your time and of their time.  Instead of building bridges and strengthening your community it will leave people more frustrated and distrustful.  This is going to be an especially important lesson for the second two phases: consultation and active participation.  Providing information and helping citizens better understand government, the budget, and taxes is not as challenging in this regard (and it can help prevent fiscal illusion!).

Citizen engagement may seem like an uphill battle but there are many great resources out there about how to do it, so do not loose heart!  Ultimately, it is about strengthening your community and as public servants, that is a pretty great ambition!

Come back soon for the next installment on citizen engagement!

Do cities and counties circumvent state policy? One potential mechanism.

Autonomous Vehicles are coming, is your city ready?