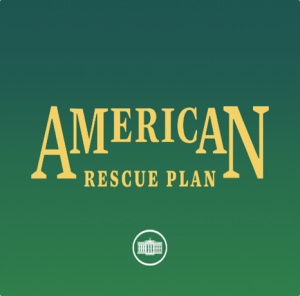 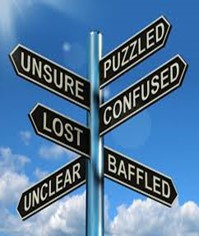 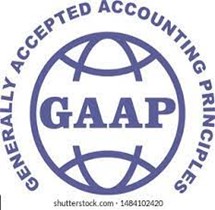 Accounting and financial reporting guidance for American Rescue Plan monies seems to be a never-ending soap opera with constant twists and turns.  While there is extensive GAAP-guidance for government mandated nonexchange transactions related to asset, liability, revenue, and expense/expenditure recognition, it has proven more challenging to readily fit all the square evolving ARP guidelines and options into the GAAP round holes.  This blogpost focuses on asset, liability, revenue and expense/expenditure recognition guidelines for the various ways that ARP funds may be received, managed, and expended.

The North Carolina General Statutes (G.S. 159-13.2) allow local governments to adopt a multi-year grant project ordinance (classified as a special revenue fund) for a variety of operating and/or capital projects that are primarily funded with federal and state grant monies.  The budgetary authority lasts for the duration of the projects or activities and does not have to be renewed year to year.  Both for budgetary purposes and audit trail necessity, it is highly recommended that a special revenue fund be the “point of entry” for all ARP receipts (i.e., the first and second tranches).  From that point, the recipient government will decide for what allowable purposes the funds will be appropriated and spent.  The monies may be spent directly out of the ARP special revenue fund or transferred to one or more other funds (e.g., general fund, enterprise funds, capital project fund) for allowable uses.

ARP funds meet the definition of government-mandated nonexchange transactions as defined in GASB Statement No. 33, Accounting and Financial Reporting for Nonexchange Transactions.  As such, assets (e.g., ARP funds) are to be reported as restricted until used for the provider’s specified purpose or purposes and revenues are to be recognized only when all applicable eligibility requirements have been met.  Specifically it is noted in Part 1(C)(2) of Compliance and Reporting Guidance, State and Local Fiscal Recovery Funds (SLFRF Compliance Guidance) that

“Any funds not obligated or expended for eligible uses by the timelines above must be returned to Treasury, including any unobligated or unexpended funds that have been provided to subrecipients and contractors as part of the award closeout process pursuant to 2 C.F.R. 200.344(d). For the purposes of determining expenditure eligibility, Treasury’s final rule provides that “incurred” means the recipient has incurred an obligation, which has the same meaning given to “financial obligation” in 2 CFR 200.1.” (emphasis added).

“Financial obligations, when referencing a recipient’s or subrecipient’s use of funds under a Federal award, means orders placed for property and services, contracts and subawards made, and similar transactions that require payment.”

Revenue recognition may only occur in one fund.  Assuming that the ARP funds are all initially received and recorded in the special revenue fund, the revenues are considered unearned in that fund until used for an eligible purpose.  When all eligibility requirements are met then the funds are considered revenue.

For governments that decide to spend their ARP funds directly out of the special revenue fund, revenue is considered earned when both the obligation and expenditure have occurred.    There will be an expenditure or expenditures in the fund.  The previously unearned ARP revenue is reclassified as revenue.

Many governments will be using some or possibly all of their ARP resources for activities that are accounted for in other funds, most notably the general fund or an enterprise fund.  It is still highly recommended that the ARP funds initially be received and recorded in the special revenue fund and then transferred as the purposes for use of the funds have been determined.  The following are some examples of these transactions:

In evaluating the proper revenue recognition for funds as units are procuring and spending their ARP dollars, every option was explored.  It was hoped that there would be a way to more easily recognize revenue such as when governing boards had made use decisions, when contracts were entered into, or other proper obligating procedures had been completed.  However, it became increasingly clear that the following prevented any other interpretation of revenue recognition timing due to the following requirements cited earlier:

While the majority of governments will meet the full eligibility requirements years before the dates above, it is possible for some that revenue recognition could be extended until 2026.  Thus, there was no other conclusion that could be reached.

The primary author would like to thank the following who were an integral part of the research and development of this blog post:

© 2022 Copyright,
The University of North
Carolina at Chapel Hill.