Engaging our future: A guide to going into the classroom

In the last three blogs we have been talking about citizen engagement (see here, here, and here).  One of the areas that is most frustrating for governments is often their attempts to engage citizens are not particularly successful.  Citizens may not have time or easy access to the events and resources, but there are ways around that.  What happens when it is simply that citizens DO NOT WANT to engage?  That is often the reality.  Governments spend precious time and resources developing great opportunities but no one (or few) takes advantage of them.  This is an aspect of citizen engagement I have been personally interested in and one that I believe we can address by starting ‘em young.

Alright, maybe not that young!  That being said, we have a captive audience with school-aged children that I think we could take better advantage of.  Maybe it is because I grew up in the generation of D.A.R.E. classes or because I volunteered for Junior Achievement in grad school, but I believe in the power of reaching out to kids to teach them about important civic principals like budgeting and government.

That being said, I had never taught kids before (other than with Junior Achievement and a 30 minute lesson on taxes I taught to my son’s 2nd grade class in May—ask me about our discussion of backpacks full of garbage next time you see me) and felt uncomfortable making this recommendation without having actually seen how it would work to talk to school age kids about government and budgets.  So, I went out and took two weeks and taught kids about government and budgets.  I had rising 6th and 7th graders for a week and rising 4th and 5th graders for a week.  I had them for almost 8 hours a day for a full week.  Let me just say, by then end I was hoarse and worn out!  It was great though and I learned a lot about working with those age groups and am going to share some of those lessons here.  My hope is that it will inspire some of you to consider going into local schools and take advantage of them being required to show up and listen.  We can engage and help encourage them to become engaged citizens. 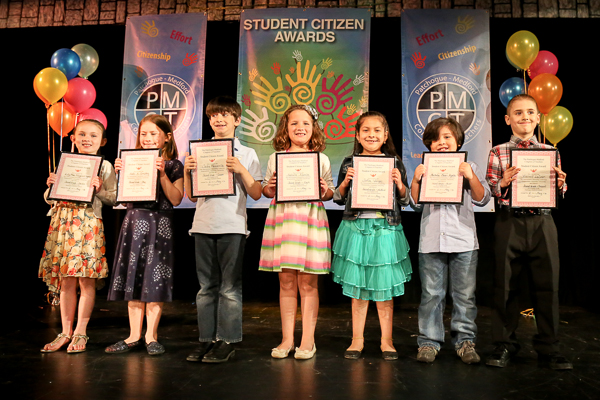 I am also working on preparing some basic materials that I will share for you to build off.  You will of course want to customize them for your community, but it will at least be a starting point and I am HAPPY to help you figure out what is best!  Please do let me know if this is something you are interested in.

So, some lessons.  First and foremost, it was a blast.  Both age groups were made up of wonderful and gifted kids.  They were enthusiastic about the material and eager to engage with it.  Of course, they (or their parents) had signed up for a week on it, but this was true when I went into my son’s classroom too.  This excitement sometimes manifested itself into conversations with the children sitting next to them, interruptions, and stories/thoughts only marginally related.  Not too surprising.

That leads me to my second lesson, keep “lecturing” to a minimum.  There are A TON of activities that you can do with them depending on how much time you have with them.  One activity that I brought was the School of Government’s Budgetopolis game.  It was a huge hit.  I let each group name their city and had a “Twitter feed” on a whiteboard calling them out.  They really loved that and it helped them understand that some choices are harder to stomach than others are.  One of the other activities that we did is that I asked them all to create a personal budget.  I gave them instructions about what their budget was and what their parents would continue to pay for.  Some chose to invest it all in stocks and others all in Pokemon cards and candy.  What it did though was show them the importance of budget constraints, prioritizing spending, and recurring versus one-time costs.  It also led to a great conversation about shocks, what happens when an opportunity presents itself—where do you get your money?  Did you cut something?  The students were great and when I found ways to let them experience the lessons I could see the wheels turn and them start to really make the connections. 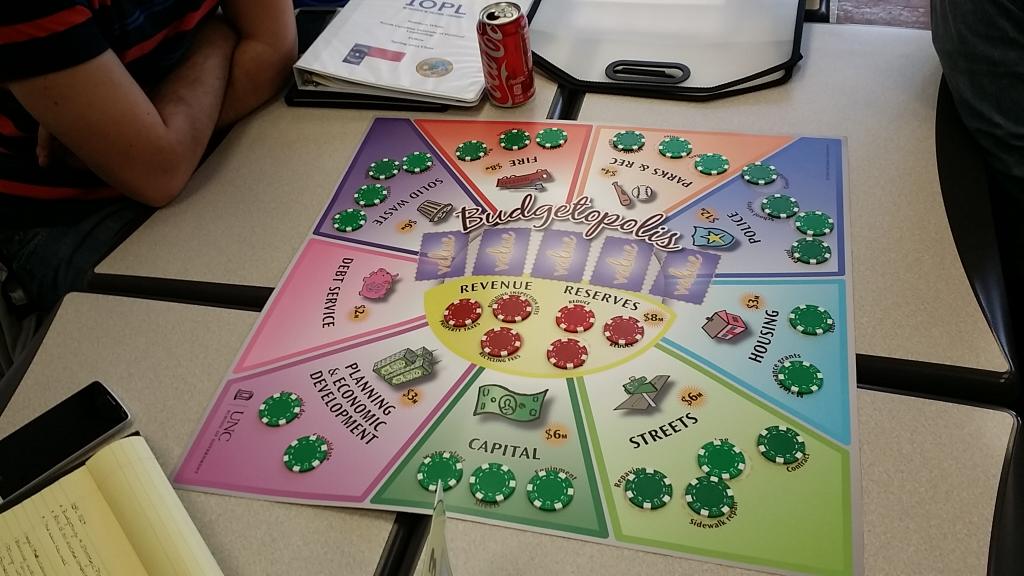 The third lesson is you need to understand your audience.  You need to think about the age group and their background.  What concerns will they have?  What type of government services will they likely know about and use?  Use their knowledge to your advantage.  I used the example of public transportation for the city.  About half of my students in my middle school group actively used the bus.  That made the conversation much more robust and interesting.  It also gave a face to those who would potentially be paying if the city chose to increase the fees for the students who did not ride the bus.  It benefited all of them.

In a very related lesson, lesson four, if you give them too much freedom you have no idea what you will get.  I began the week with introductions and then with an activity designed to help me introduce the wide range of what government does.  I asked them to work in pairs and come up with something that is currently hard or impossible to do and that they would like to do.  Then we would come back together and talk about if government would have a role in that.  I was imagining they would come up with something like jet packs.  We could talk about investing in research, writing laws about their use, requiring people to get jet pack licenses or permits, safety regulations, etc.  What I got, especially from the middle schoolers, was what they worried about in our modern political era.  They shared their fears and concerns about government and politics and laws.  Honestly it was poignant stuff and I took it seriously, it was also outside the scope of what I had come there to talk to them about.  I learned that that was too broad of a question/prompt.  I needed to tighten it up if I used it again in the future.  These kids are sharp and they have their own agenda.

My fifth lesson is do not hold back.  Do not shy away from teaching them difficult material.  Make sure they understand that we are going to be respectful of each other and our opinions, but they can handle real conversations about spending and tax policy.  They understood the concepts of progressive, proportional, and regressive taxation.  They understood the notion that if we spend money on streets that means we are choosing to not spend that money elsewhere, and that there are restrictions about what we can do and what we have to do.

The sixth and final lesson is to let them have their moments to be silly.  In my late elementary school students especially, they needed to vent their goofiness.  Do not fight it (fully) and let them explore it within reason.  For example, I had one who wanted to write the mayor and suggest that the city build a statue of an athlete he admired.  This suggestion was picked up by another who student who thought it should instead be Elmo and it should be made of gold.  Okay, so let’s discuss why the city may or may not be willing to do that.  What would that cost?  Is gold durable?  Would people try and steal it?  What does Elmo mean to your community?  Could that money be better used elsewhere?  It was only a five minute, at most, side conversation but it was great because the students actually arrived at those questions without me largely.  They had the tools to understand why that was a bad idea without me pushing them much.  And they got some of their silly energy out.

Tip: Videos help calm them back down—especially the younger kids.  We ended the class with how can they get involved and we talked about citizen engagement.  They knew that we were going to wrap up by writing letters to their mayor (or in some cases based on issues the President) and they were really excited to share their ideas.  However, I wanted to talk about more than just letter writing.  So we took a short video break to see the PBS “Crash Course” video on Public Opinion.

In conclusion, it was great and I think we need to be doing more of it.  Work with your schools and teachers to find opportunities to get into the classroom and teach them about government and budgeting.  I will be preparing some starter kits for lessons if people would like them. They will need to be customized for each community, but I am also happy to talk with people who would like to do this sort of work.  Please do not hesitate to reach out!

Municipalities and the Great Recession